At one point government is building dam on Ganga in upper valley at the same time environment violation in these dams continues. Now a days central government is holding a banner of clean Ganga and launching various programmes on clean Ganga. The government is exaggerating their efforts  but on the ground the reality is entirely different. 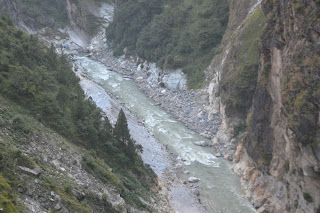 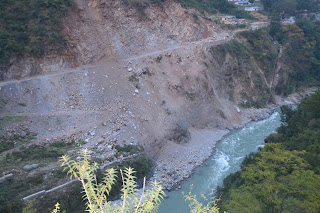 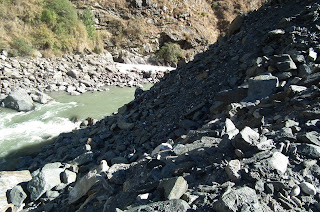 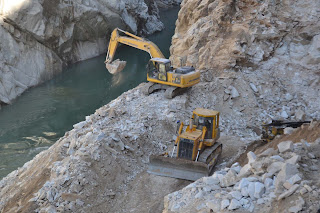 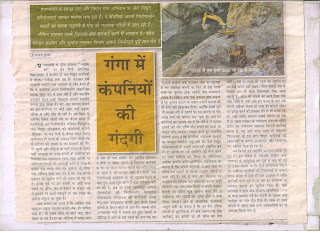 In Uttarakhand there are many reports based on ground reality showing the multiple violations of the environment conditions by the Hydro Electric Power {HEP} companies on Alaknandaganga in last many months. There are news that World Bank funded HEP under construction Vishnugad-Peepalkoti HEP (444 MW) on river Alaknandaganga, District Chamoli of Uttarakhand & National Thermal Power Corporation project Tapovan-Vishnugad HEP (520 MW) on River Dhauliganga, District Chamoli of Uttarakhand, two big Dam company are violating the environment conditions. These companies are dumping the mucks and debris on the river bed of Alaknandaganga & Dhauliganga. The irresponsible administration only fined the companies and fulfilled its duties and not more than it. The companies are not having any issue with paying the fines and its became there habit. Dumping muck and debris in the river are damaging the aquatic ecology and the health of the river negatively. The Muck & debris also flows downstream with water and disturbing the locale making them inaccessible to the safe water sources. 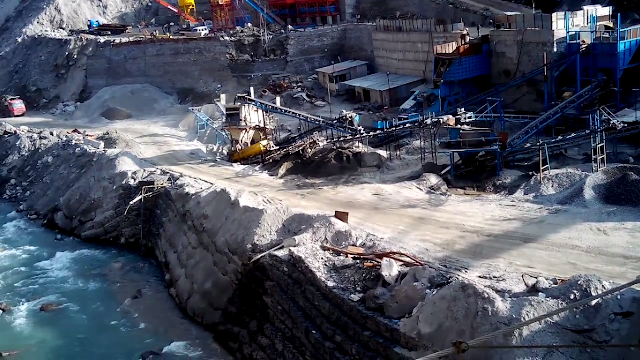 But Ministry of Environment, Forest and Climate Change {MoEFCC} did not take any step on these serious environmental violations. It is a serious question that why MoEFCC not evolving a monitoring system to keep a critical eye on environmental violations and other activities by the projects. MoEFCC always rely only on project proponent's reports, which is only an eye wash. In this critical environment problem, Matu Jansangathan demands from the Ministry of Environment, Forest and Climate Change {MoEFCC} to cancel the Environment Clearance (EC) of Tapovan-Vishnugad HEP (520 MW) and World Bank funded HEP under construction Vishnugad-Peepalkoti HEP (444 MW).

MoEFCC has a duty to take a serious note on these issues. Even MoEFCC has the required power to revoke the EC. Environment Clearance letter dated February 8, 2005 and 22 August, 2007 in point number 7 says “The Ministry the right to add additional safeguard measures subsequently, if found necessary and to take action including revoking of the clearance under the provisions of the Environment (Protection) Act, 1986, to ensure effective implementation of the suggested safeguard measures in a time bound and satisfactory manner.”